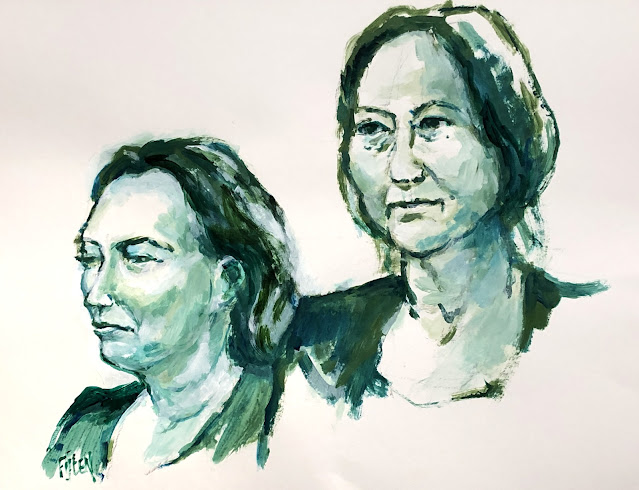 Mother and daughter: acrylic 70x50cm. At the atelier of Annemiek. Was hard to do, to keep style and relative sizes the same. 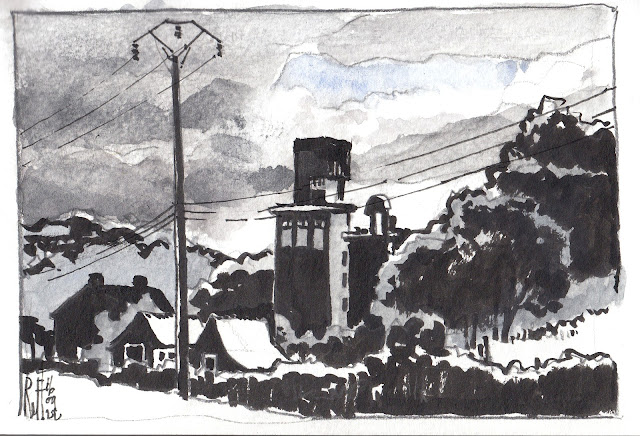 On the same trip through Belgium, an old factory in Montzen. The rain was pooring down. 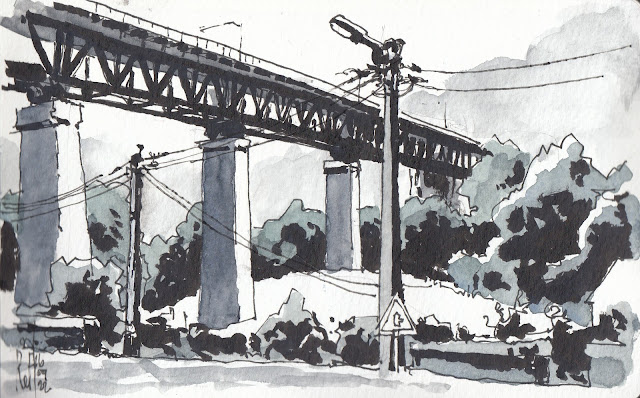 Made a trip across the border into Belgium, to Moresnet. This part of Belgium speaks German.

The bridge was constructed in the first world war, for German troops movement to the Ypres and Somme fronts in Belgium/France. It's still in use today. Actually, the bridge is located in a former country: Neu-Moresnet, which existed just before the first world war  The Germans invaded and conquered the country to make this bridge. After the war it was handed over to Belgium.

Agois Nikolaos, as seen from a terrace overlooking the harbour.