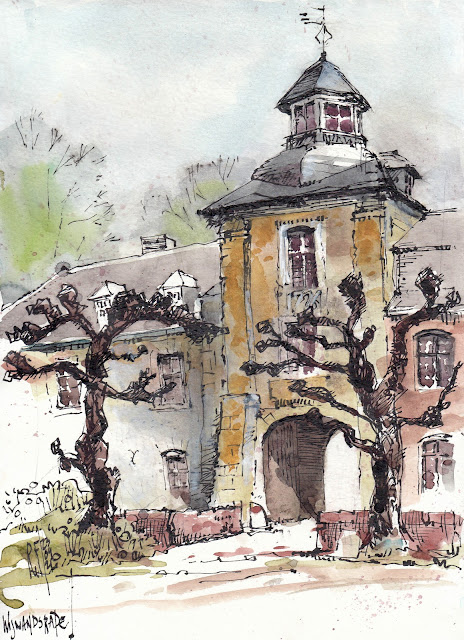 This is the inner courtyard of the Castle of Wijnandsrade. Just about 5 km from my house. It was nice spring weather, a bit cold, but the sun was very bright. I had trouble with the colours, I could not distinguish the different colours in  my watercolourbox. I had to wash out some of the colour of the sky, and add a touch of ochre in the facade. I think it's okay now. 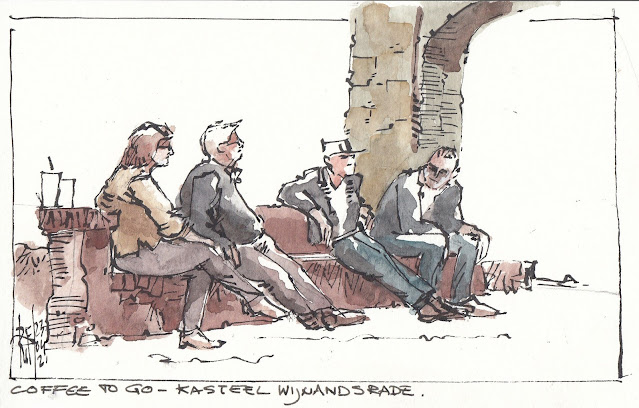 Went out Urban sketching again. All terraces and café's have been closed for half a year now. But often you can get coffee to go. Here some cyclists rested on the bridge of Castle Wijnandsrade. It was pleasant in the sun. 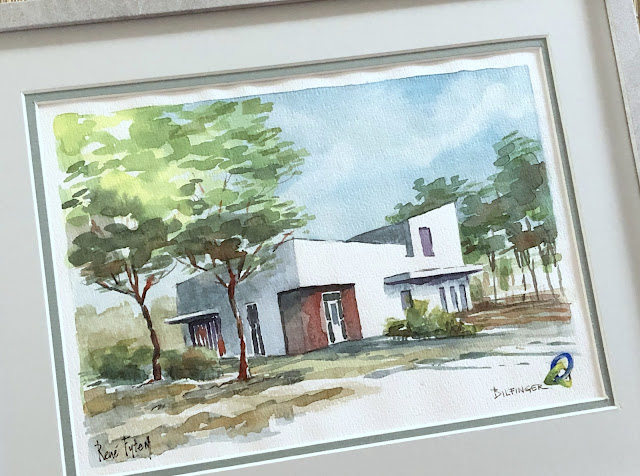 Today this watercolour painting of  a microbiology laboratory was handed to our client, Mars-Wrigley  in Veghel.

This is not only my painting, but the building is also my design. I made the first sketches for this building back in 2018, the construction was finished a few months ago.

Unfortunately I have not been able to visit the building due to Corona travel restrictions. I really hope to see the finished buidling in reality some time soon. 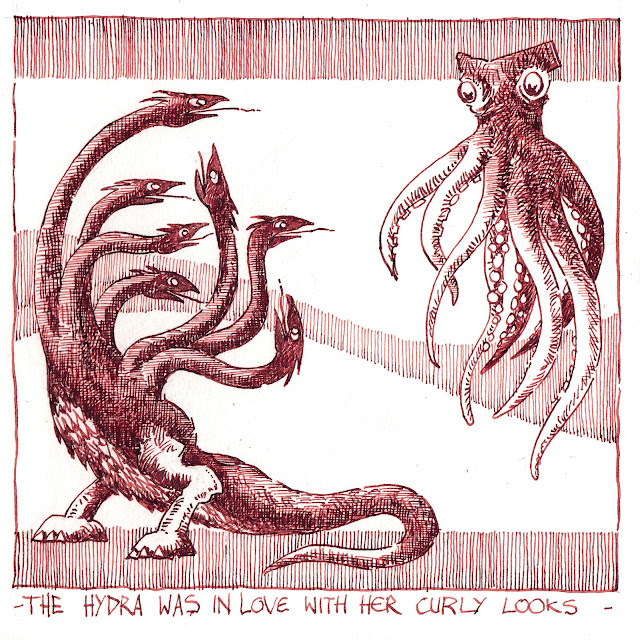 Page 7 of "The Knight" (or in Dutch: "De Ridder"). A Children's book that I am writing and illustrating for my grandchildren.

“Aha” the knight said, “I will see what I can do.” He climbed the steep road towards the ruin. De smell of Sulphur and old fire was unbearable. And so was the harsh shouting. Obviously a fierce quarrel.

Inside the cave he was surprised to see a loudly quarreling seven headed dragon, and another strange tentacled creature. The Knight had to shout to get over the terrible noise. He said “I am the Knight who does not know who he is. What’s going on here?”

The seven heads fell silent for a brief moment. Then the first spoke: “We are the Hydra. Last week’s storm made this beautiful creature fall through our ceiling!” The second head shouted: “And now you think that she is in love with YOU?” And the third: “How can she love you, with your ugly yellow teeth!” “Hear, who is calling names!” ”You’re just jealous!” “Who? On you? Ha!”.

In seconds the noise was deafening.