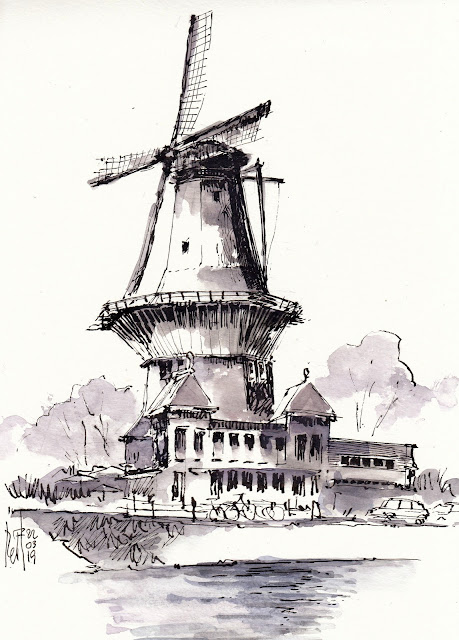 Amsterdam, de Gooyer. An old windmill, practocally in the middle of town. I was sitting on a nice terrace on the other side of the canal. in  the sun, sipping on some coffee.
Even though I lived in Amsterdam for a short while, I had never seen the mill up close.
Posted by Rene Fijten at 22:07 2 comments: 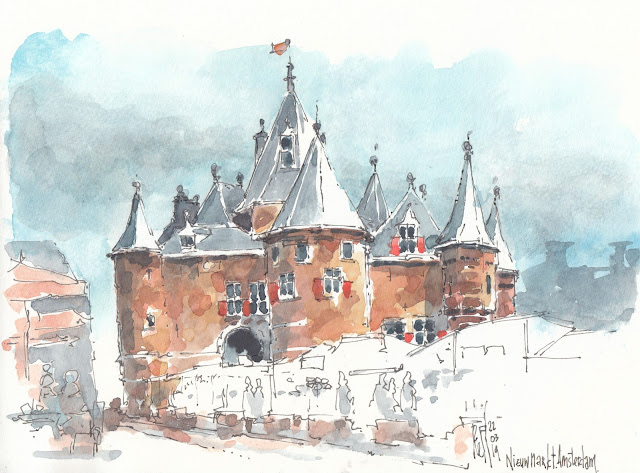 For the first time in a long time, I went out for a day to Amsterdam, to visit an exhibition about David Hockney and van Gogh.
I also took the opportunity to go out and sketch. It was beautiful spring weather.
I made this at the Nieuwmarkt, the Waag. In the middle ages goods used to be officially weighted here, and taxes to be paind. It's still a beautiful building.
In front is the daily market.
Posted by Rene Fijten at 12:11 No comments: 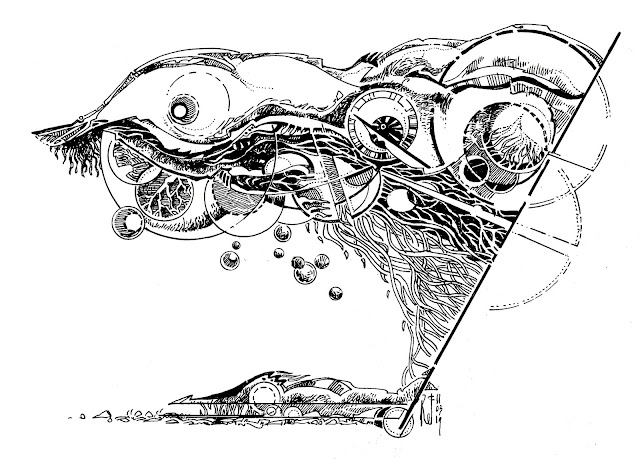 Floating thoughts.
One of those drawings that draw itself.
Posted by Rene Fijten at 22:10 No comments: 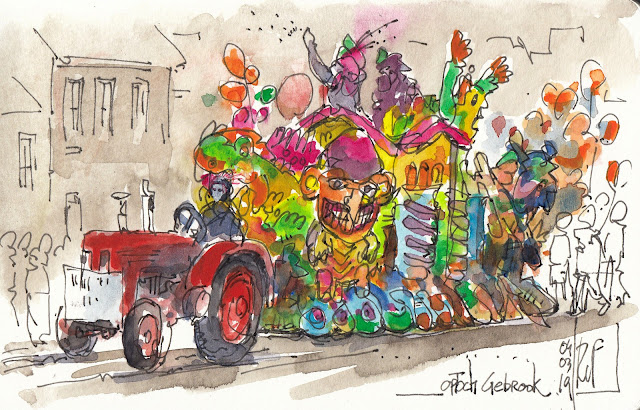 Carnaval last weekend. This is the float in the parade of Hoensbroek. One of the 100 groups/floats/bands and single participants (Eimzelgänger).
Posted by Rene Fijten at 20:20 No comments: 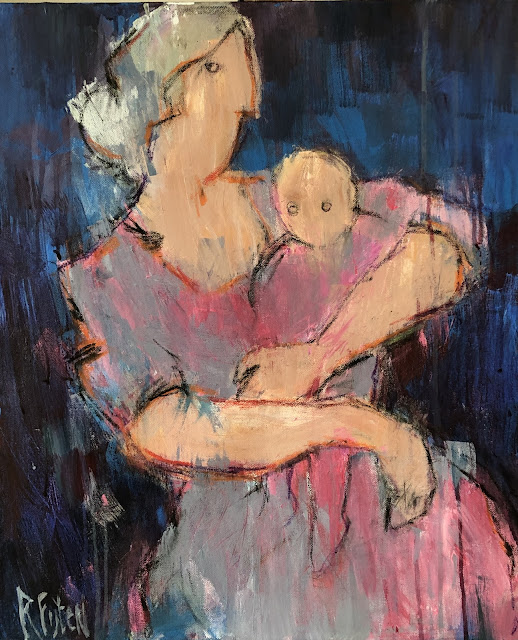 The finished painting. Madonna wit child. Or rather, my daughter Rianne, with our grandson Willem.
Based on a picture. Acrylic and oil pastel 50x60cm
It was a difficult procedure, following Christianne Knops ideas. The different stages: 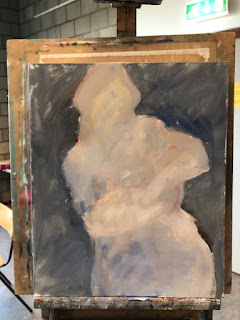 stage1: blocking in the areas. Here you can still recognize the forms of the original photograph. 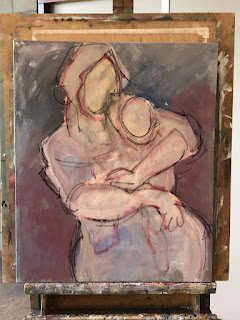 stage 2: bringing back the lines with oil pastel 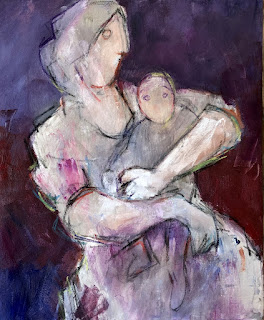 stage 3: different colourfields, extending beyond the border. Each field should show a little of the previous one. Linework should behave freely around the colourfields, not restrict them. This was how last week ended. 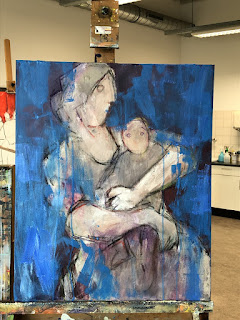 Stage 4: today, just painting a totally different colour on top. This was very difficult to do, I had to give up on the parts I loved the most. Killing your darlings. 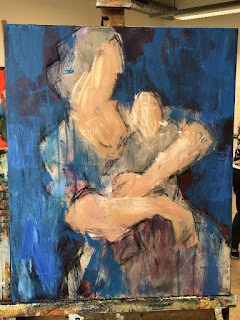 Stage 5: I enhanced the skintones, the strong arms needed to be emphasized. 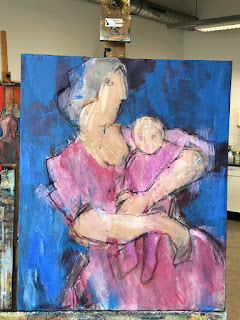 Stage 6: Due to the arms, the clothes were too bleak. I added a contrast colour, carefully leaving traces of the old layers visible. 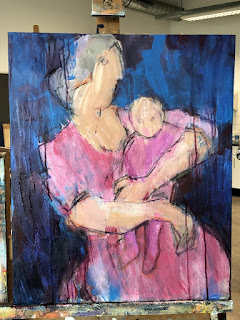 Stage 7: the dress needed contrast: I darkened the backgroud, redrawing the linework every time with different coloured oil pastels.

Stage 8 (final, see the first image): the dress was interesting of colour, but alltogether too flat. I added an extra layer of purple-grey.
I also adjusted the background.
Then the linework again, with orange white and black oil pastel.

The point is: when to stop. I worked over 4 hours on this, and could have gone on.
But I reached the point where I had the feeling that whatever I added would not make it better or more interesting.
I guess that is the learning point.
Posted by Rene Fijten at 21:16 2 comments: