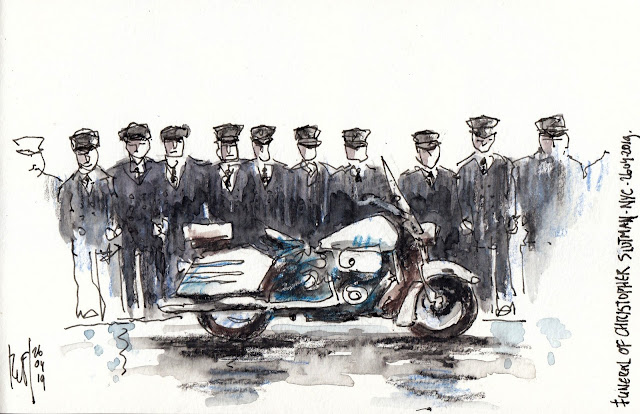 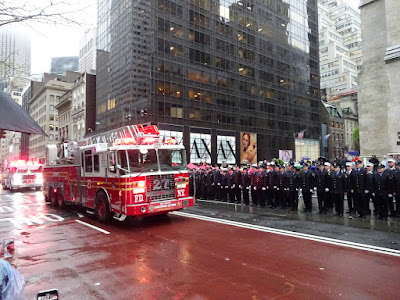 Our hotel was near 5th Avenue. We noticed that the street was closed down, to our surprise there were thousands of fire and policemen standing in attention, a few miles along 5th Ave.
They were paying their respects for Christopher Slutman, a Marine and ex-NYC fireman, who died during a roadbomb attack in Afghanistan, early April.
There were large amounts of policemotors, some firetrucks, policecars and a group of bagpipes.